Day 27: The SU joins the University community at the Edmonton Pride Parade - June 8, 2013 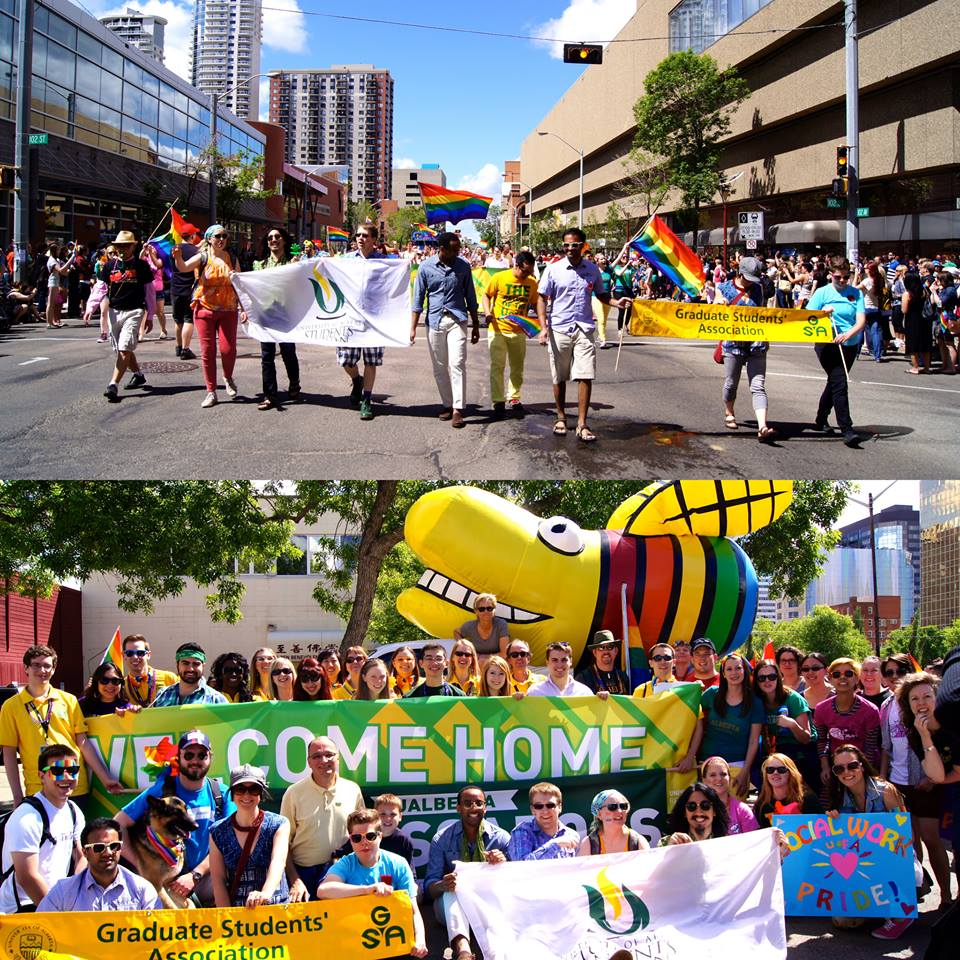 I joined Petros, former President Colten Yamagishi, and Councillors Cory Hodgson and Chloe Speakman at the Edmonton Pride Parade to represent the SU's support for the LGBTQ community. It was a neat experience at the Pride Parade because there was a lot to take in. Some highlights were the sheer number of people walking in the parade and even more that were watching the parade. Some elements of the Pride Parade put me outside of my comfort zone, but I'm still reflecting on the reasons to the discomfort. I was initially unsure whether to attend or not, but I decided to attend at the 11th hour. The tipping point for me to go was the reminder to "love your neighbour as yourself." I'd be interested to engage in more discussion, if anyone's up for it.