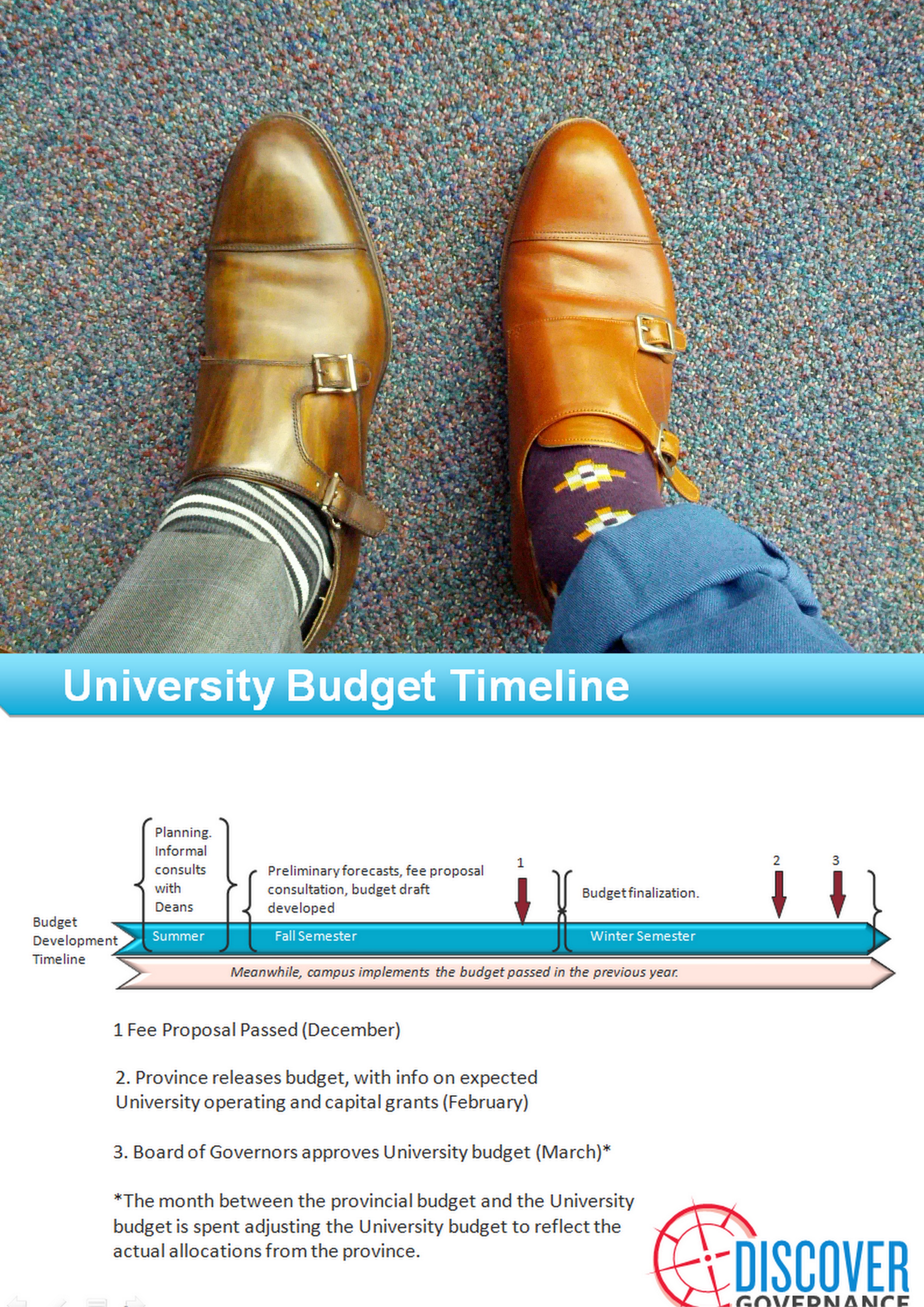 Top: I've always appreciated Petros' sense of style. Talking about men's clothing with another person in-the-know is a relative rarity, so I always appreciate the chats. We independently picked up double monk strap dress shoes (affectionately known as "double monks") earlier this year. Shoes make or break the outfit, so make sure to get a good foundation.

Bottom: We learn about the University budget and more as a continuation to GOV 599. The text should be legible in full screen mode. Many people wondered why it was tough for the University to adjust their budgets after the Provincial Government released their budget on March 7th (other than the cuts itself) and it's because a year-long process was reduced into a one month. I'll explain further: the summer consists of planning and informal consultation with deans; and then there are preliminary forecasts, fee proposal consultation, and the budget draft is developed and brought through governance channels for fee proposal approval in the Fall; and then the budget is finalized in the Winter semester with a month period for adjustment between the province's budget and the University's final budget to reflect the actual allocations from the province.